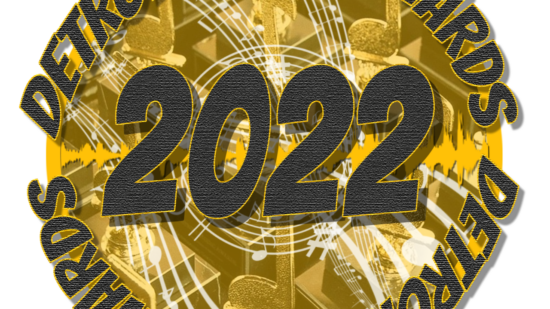 The Detroit Children’s Choir is proud to announce that it is the recipient of two trophies at the 2022 Detroit Music Awards. The DCC received awards for Outstanding Family / Children’s Music and Outstanding World Recording for the recording of “Betelehemu,” a song featured on the “Winter Greetings 2021” Album.

The Detroit Music Awards Foundation (DMAF) determines winners through a three-phase submission and voting process that includes voting by Detroit area musicians who are also members of the DMAF. This year, the prerecorded awards show was live-streamed on the Mandolin digital video platform. National and local artists received awards in a wide variety of genres. 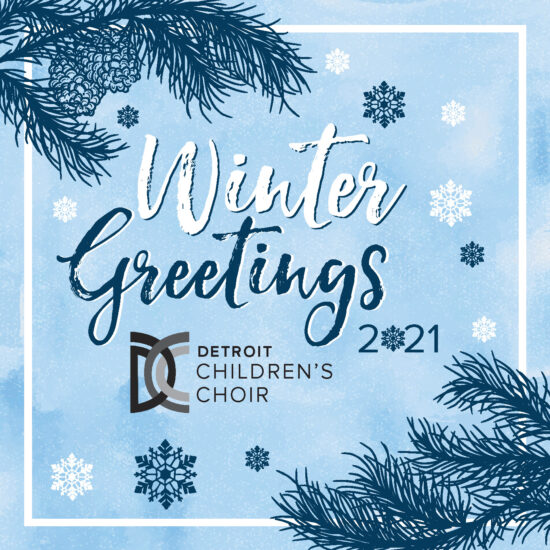 The DCC released its album, “Winter Greetings 2021,” in November 2021, and it features holiday music from around the world. The album’s opening track, “Betelehemu” is a Nigerian carol arranged for the DCC, and the track won Outstanding World Recording. The song’s percussionist, David Taylor, was also nominated for Outstanding Percussionist at this year’s ceremony.

After the awards ceremony, the DMA committee interviewed DCC’s Artistic Director Eric Taylor about this album. “Planning and recording an album was our response to the pandemic,” Eric Taylor explained. ” The pandemic put our season to a halt with no live concerts, but we wanted to give our students something to look forward to in these crazy times. A DCC staff member suggested, ‘What about an album?’ and the rest was history!”

“The children truly stepped up their performance game in the recording of this album during the pandemic,” remarks Sandee Singer, DCC’s Executive Director. “We thank the students for their hard work and dedication and their families for supporting them – driving them to rehearsals and Tempermill Studio in Ferndale for recording sessions. And many kudos go out to Eric Taylor as the director and arranger for the album and to the musicians who accompanied the students in the recording sessions: percussionist David Taylor, violinist Sonia Lee, pianist Sheila Brookins, and guitarist Stephen Roddy.”

“On behalf of the Board, Staff, and Students, thank you so much for this incredible honor,” Eric Taylor shared during the after-show interview.

About the Detroit Music Awards

The Detroit Music Awards Foundation is a Michigan 501(c) 3 non-profit corporation whose mission is to recognize Detroit area musicians working on national, regional, and local levels. Its purpose is also to support and nurture the Detroit metropolitan area’s musical community and create a network for musicians that cuts across genres and styles. Learn more at detroitmusicawards.net