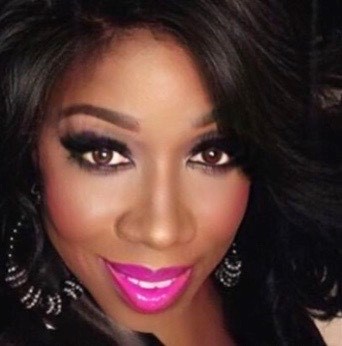 We are excited to announce that Gwen Foxx, renowned Detroit Jazz & R&B vocalist, is one of the very special guest performers who will be featured with the Detroit Children’s Choir at our Annual Spring Concert scheduled Wednesday, May 11th, 2022 at the Basilica of Ste. Anne de Detroit.

Gwen Foxx is an international music artist and one of the most renowned singers to ever come from the Detroit Area. A mesmerizing performer and a unique song stylist, she can completely electrify an audience one moment and melt their hearts the next. She is the founder of Gwen Foxx Entertainment, Inc., a launching pad to inspire, impact, introduce and provide opportunities to Artists seeking visibility on local, national, and international platforms.

In addition to devoting her work full-time to Gwen Foxx Entertainment, Gwen serves as the Performing Arts Director for PUB’s Summer Academy at Oakland University and the Chair of the Annual “Gospel Explosion,” a scholarship fundraiser for Oakland University’s Project Upward Bound Trio Prep Academy (PUB) in Rochester, MI. The PUB TRIO is a “group of federally funded programs [that] began in the 1960s to create educational opportunities for students who come from families where the parents do not have four-year college degrees and whose taxable income is at or below 150% of the poverty level. Upward Bound was created with the Economic Opportunity Act of 1964, the original “War on Poverty” statute.” Gwen is continuing the work of her late husband, pianist, Greg Dokes who was very committed to Oakland University’s Project Upward Bound (PUB) College Prep Academy. She heads the “Greg Dokes Foundation for the Performing Arts.” It was created to fund performing arts education for secondary students from low-income households and students who would be the first generation in their immediate families to earn a Bachelor’s degree.

Gwen traveled throughout Japan, headlining at “Repo Select” in Kyoto, Japan, establishing her as an International Recording Artist. Another highlight of Gwen’s career was traveling as the vocal director and background vocalist for Mary J. Blige’s “Share My World Tour” USA.

She has shared the stage with many great artists: Chaka Kahn at The Blue Note Lounge, Luther Vandross at the “Essence Music Festival”, KEM at the CNN Conference Center, T.D. Jakes at the “Gospel Mega Fest”, Aretha Franklin at her Annual Christmas Celebrations, and with Aretha at the Detroit Music Weekend – a festival honoring The Queen of Soul herself. Gwen co-produced and performed for “A Peoples Tribute To the Queen,” a concert dedicated to the late Aretha Franklin with Karen Clark-Sheard, Johnny Gill, Jean Carne, Tyler Perry, Angie Stone, Jennifer Lewis, Raheem DeVaughn, and a host of others at Chene Park/Aretha Franklin Amphitheater in Detroit, Mich. Gwen is forever grateful to have had the opportunity to be in the foreground, background or perform impromptu with some of the music industry’s most iconic entertainers.

Most recently, she has been given the status of Vocalist in Residence and Producer of the Award Winning “Foxxy Gwensday” a weekly show hosted by Gwen and held at Aretha’s Jazz Cafe’ located in the Historic Detroit Music Hall Center for the Performing Arts.

Gwen is continuing the work of her late husband, pianist, Greg Dokes who was very committed to Oakland University’s Project Upward Bound (PUB) College Prep Academy. She heads the “Greg Dokes Foundation for the Performing Arts” created to fund performing arts education for secondary students from low-income households and students who would be the first generation in their immediate families to earn a Bachelor’s degree.

No matter where in the world Mr. Dokes traveled, he  stayed very committed to the  Oakland University Project Upward Bound (PUB) College Prep Academy because of his special love for our scholars.

Over a span of 10 years, he dedicated time for the music program and helped our students reach their full potential.

He dedicated music foundation her late husband Greg Dokes, The Greg Dokes Foundation for the Performing Arts,  built by creating many opportunities for musicians locally and nationwide with their band  “Back2Back.” Continuing his legacy, her goal is to actively advocate for all performers and create a safe environment where everyone feels supported.

Never forgetting where she started, Gwen is grateful for the foundation her father and mother John and Lucile Phlegm gave her while growing up in Pontiac, Michigan. Advocating for and being of service to others is the life lesson that they instilled in her and to this day is the lesson most dear to Gwen’s heart.

Gwen spans the musical spectrum from R&B to Jazz to Pop to Standards. Her vocal range is remarkable – from the sassy brassy sounds of Sarah Vaughan to the soaring soprano notes of Celine Dion. In-between she can be sultry, wispy, dramatic, and powerful. She can deliver it all. She is a rare talent.

Gwen’s theatrical credits include: Langston Hughes’ “Black Nativity” with Stephanie Mills – produced by the Tony Award winner, George Faison; acting and singing with Jennifer Holiday and The Clark Sisters in Michael Mathew’s production of “Mama Don’t”; “Bent and Twisted” directed by Jacke’e Harry of the television hit “Sister to Sister”; David Payton’s “A Good Man is Hard To Find”; Angela Barrow-Dunlap’s “Why Do Good Girls Like Bad Boys” and Barrow’s production of “Real Men Pray”; Lisa McCall’s “Celebration of Detroit”; the hit gospel musical, “When God Shows Up” starring Gwen Foxx and D’Atra Hicks produced by Denise and Raphael Foxx.

That extensive theatrical experience is one of the reasons why Gwen Foxx has so much stage presence when performing as a singer.

Gwen’s solo debut CD, “Quiet Storm”, represents a beautiful mix of velvety, jazzy R&B tinged with a little Hip-Hop flavor. The title track was written by Kern Brantley, music director and renowned bassist for “Lady Gaga”. Also featured is an indescribable rendition of Sade’s mega-hit, “Is It A Crime”.

Coming next is her new CD , “Lady Etiquette” a seductive lyrical rhythm of Life and Love!

Gwen Foxx is more than a singer and more than an actress. She’s also very dedicated to the communities of Pontiac and Detroit Metro Area where she performs annually for the “Make A Wish Foundation”, The Karmanos Cancer Foundation, “Coats For Kids”, “Meals On Wheels”, “COTS” and Gleaners Food Bank in conjunction with The Jerry Ross Band.

Gwen has made a profound impact on stage as well as in her grass roots give back efforts as Performing Arts Director for Oakland University Project Upward Bound Prep Academy. She is also the Chair for the Project Upward Bound “Gospel Explosion” Annual Scholarship Fundraiser.

TRIO is a group of federally funded programs begun in the 1960s to create educational opportunities for students who come from families where the parents do not have four year college degrees and whose taxable income is at or below 150% of the poverty level. Upward Bound was created with the Economic Opportunity Act of 1964, the original “War on Poverty” statute.

Gwen says that of all her accomplishments, https://oakland.edu/upwardbound/enrichment/is her greatest joy.

Gwen knows that this program is at the core of who she is as a human being and who she has become as an adult. The PUB Scholars are true reflectIons of her humble beginnings growing up in Pontiac, Michigan with her brothers and sisters.

“We Must Never Ever Forget Where We Come From”

Over the years, the Motor City has produced a long line of talented artists and inspiring people. Gwen Foxx is definitely Motor City Magic!